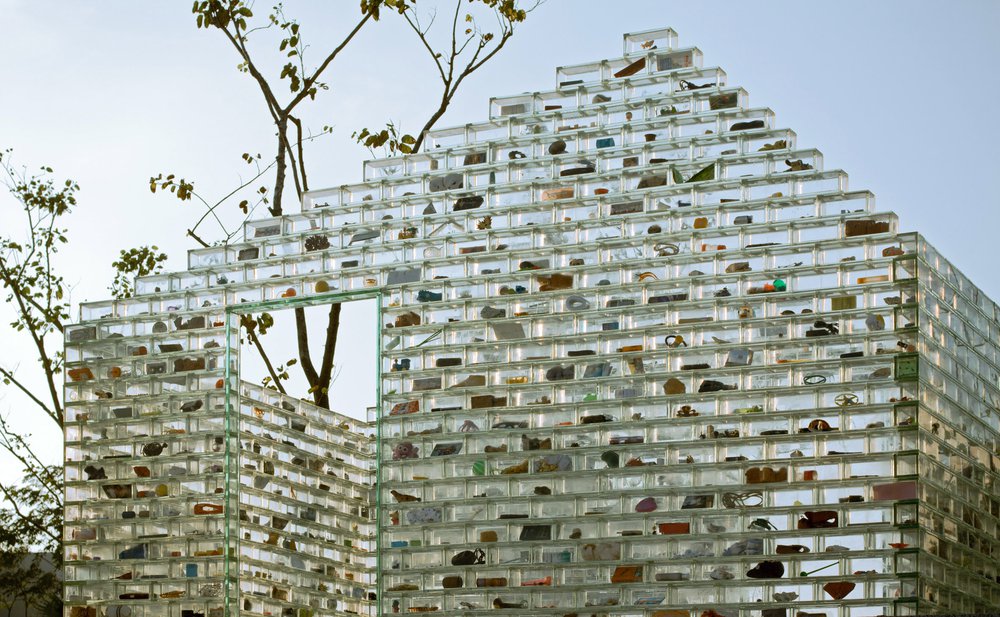 According to the curator Tsai Mei-Wen, “Most countries in Asia have suffered from the experience of having been colonized by the aggression of European and American Imperialism since the 18th century.” The choice of artists from Asia was partly intended, it seems, as a remediation of colonial histories, not least Taiwan’s own (which includes rule by Holland, Spain and Japan).

Daily (2009) was Leung Mee-Ping’s contribution to the Prince Boulevard Public Art Program. The work consisted of a (4 by 3 by 2.8m) model of a traditional house half-built out of over two thousand hand-made glass bricks, among which were interspersed 10 red-earth bricks collected from different cities in Asia. The glass bricks contained a multiplicity of objects from the everyday life of Chiayi County locals, beads, keys, shoes, toys, a flag, kitchen implements, ‘intimate’ belongings, and so on, all of which were donated by the residents. The house was constructed without a roof or windows, opening out physically into the sky and visually across the horizontal plane, in distinct contrast to the contained space of the planned Palace Museum Southern Branch proper.

Leung Mee-Ping’s work has been interpreted as a meditation on memory, and it is not difficult to see how the accumulation of artefacts from different individuals and families amounts to a form of cultural memory. Not unlike a time capsule, except that it is not stored out of sight until a pre-determined future date, Daily invites audiences to make sense of material culture as a window onto historical forces and collective desires operative in the locale at a given moment in time. It activates the public space in which it stands, the direct relevance of the objects to daily life in Taiwan functioning as a magnet for encounters and conversations between visitors.

The quotidian nature of the objects and the participatory dimension of the project are noteworthy for the fact that they incarnate a different organisational logic with regard to cultural memory-making. They stand opposed to the collection practices of most museums as well as to the historical commissioning of much public art in Taiwan, which have tended towards hierarchical organisation, with expert curators and “the will of elites” determining the contents of collections. The latter logic yields histories (cultural memories) of ‘great’ and wealthy personages whereas the former produces memories of the so-called “common people.” We might call these logics monarchical and democratic, commending Daily as a social and artistic experiment that privileges the ‘public’ in public art. 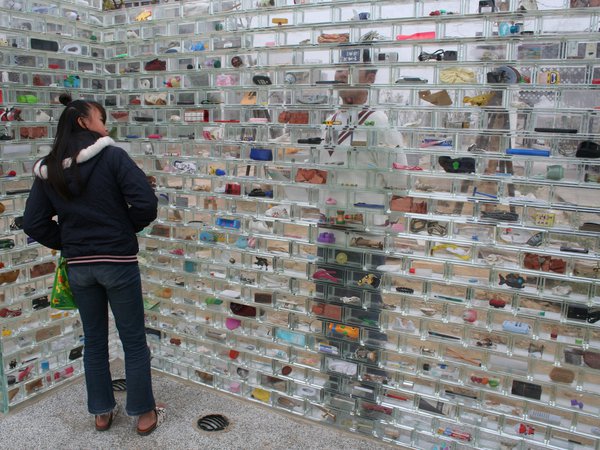 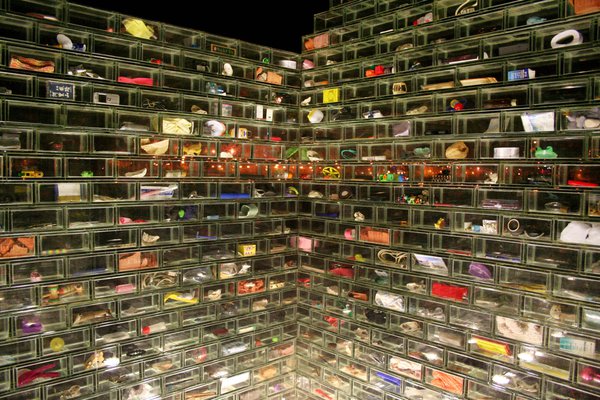