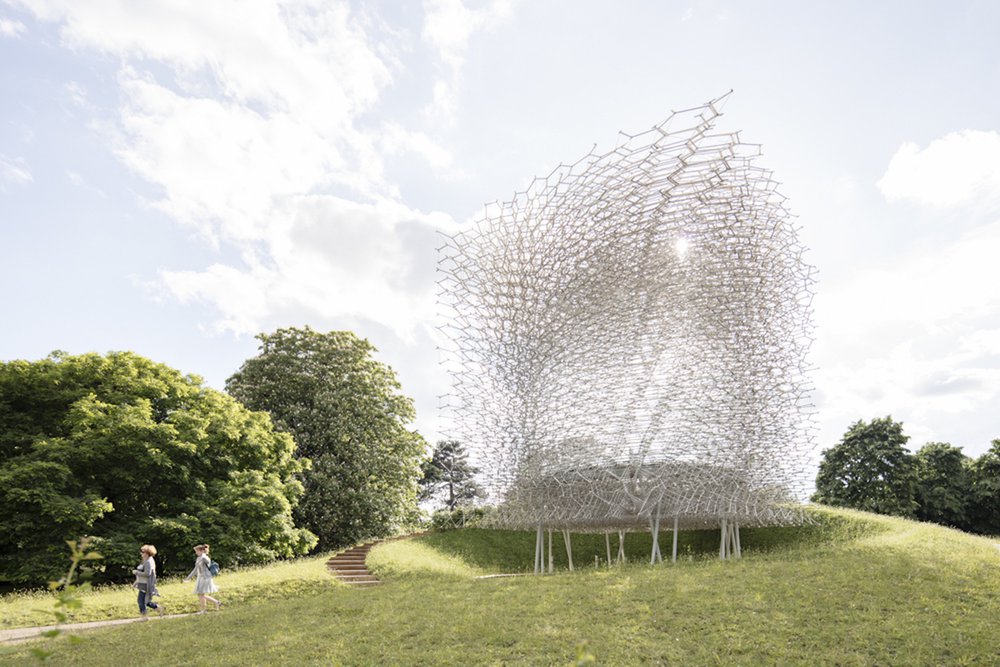 Designed by UK based artist Wolfgang Buttress, The Hive is a visual tribute to Britain’s honeybees. Originally created for the UK Pavilion at the 2015 Milan Expo, it now lives in our Gardens at Kew -  surrounded by wildflowers to celebrate the environments that real bees need to thrive.

The Hive’s distinctive mesh frame was constructed from 170,000 aluminium parts and 1,000 LED lights. It took four months to reconstruct at Kew and is now one of the most unique features of the Gardens.

The structure comprises of 170,000 pieces of aluminium which form a 17m high, hive-like structure of latticework, controlled by the vibrations of honeybees in a hive at Kew that is connected to the sculpture.

The Hive consists of 32 horizontal stacked layers of hexagonal geometry creating an abstracted analogue of a honeycomb. A rotational twist in the aluminium structure introduces movement, suggestive of a swarm. The form is a 14m cube raised-up on columns, appearing almost to hover, a spherical void hollowed from the centre, allows visitors to enter. Walking beneath the sculpture, visitors may peer up through the glass floor into the interior.

Accelerometers (vibration sensors) are used to measure the activity of a real bee colony in the UK, feeding real-time signals to a 1000 RGBW LED light array inside the spherical void. Algorithms are used to convert the bee colony vibrations into lighting effects. Each light is individually - addressable allowing for the Hive to pulse and glow in response to the signals it receives, so acting as a visual representation of bee activity. This unison of light and sound brings together art and science, through the research methods of Dr. Martin Bencsik and the vision of Wolfgang Buttress. The Hive explores the life of the bee colony through an immersive multi-sensory experience.

In 2016 The Hive won a Landscape Institute Award for its immersive impact. A beacon of contemporary art, it continues to stand tall as a striking symbol of the challenges facing bees today.  The project has won over 25 awards including the gold medal for best in show at Milan Expo.

Wolfgang Buttress (b. 1965) is an award winning British artist who creates multi-sensory artworks that draw inspiration from our evolving relationship with the ‘natural’ world. Wolfgang explores and interprets scientific discoveries, collaborating with architects, landscape architects, scientists and musicians to create human-centered experiences.

Wolfgang has produced artworks on four continents including Europe, Australia, Japan and the U.S. The project has won over 25 awards including the gold medal for best in show. Other scientific collaborations include UNA (2013), in Canberra, Australia and Lucent (2015), in Chicago, U.S., both these project express the star mapping research of astrophysicist Dr Daniel Bayliss. Corona (2017) is a collaboration with Dr Martin Bencsik; two NASA satellites monitor the sun’s activity which is expressed in real time as an ever changing light array onto a 1,000m2 façade of the new bio science research hub in Nottingham, England. 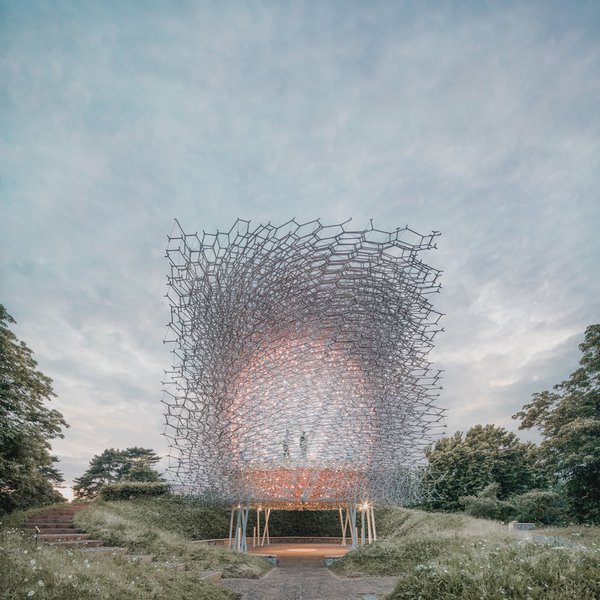 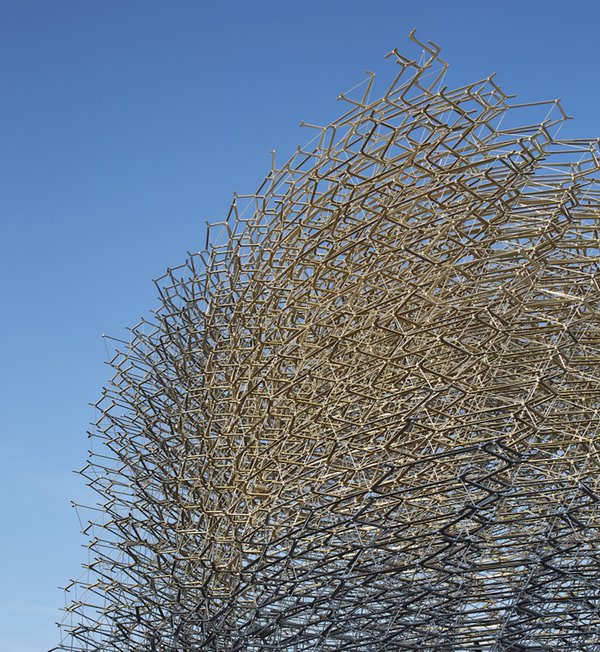 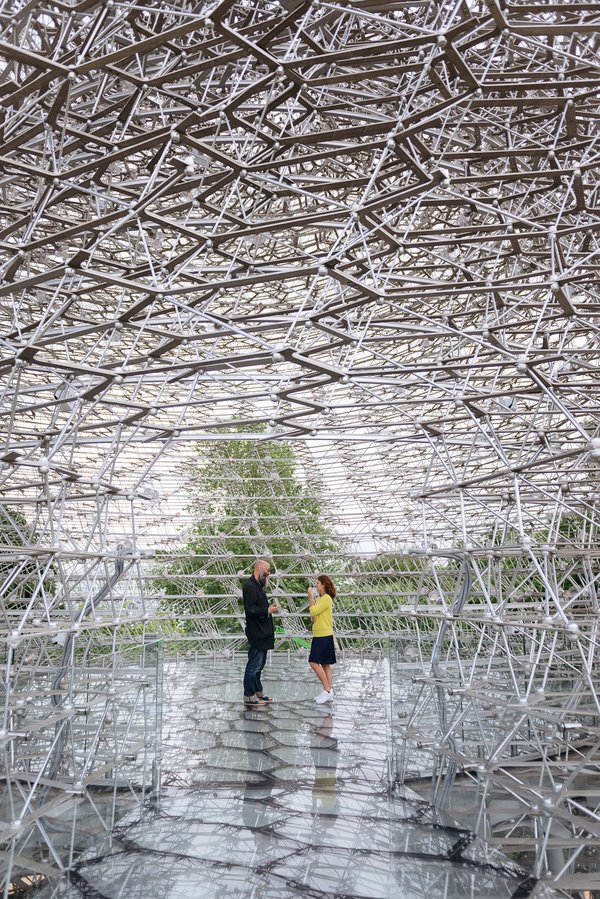 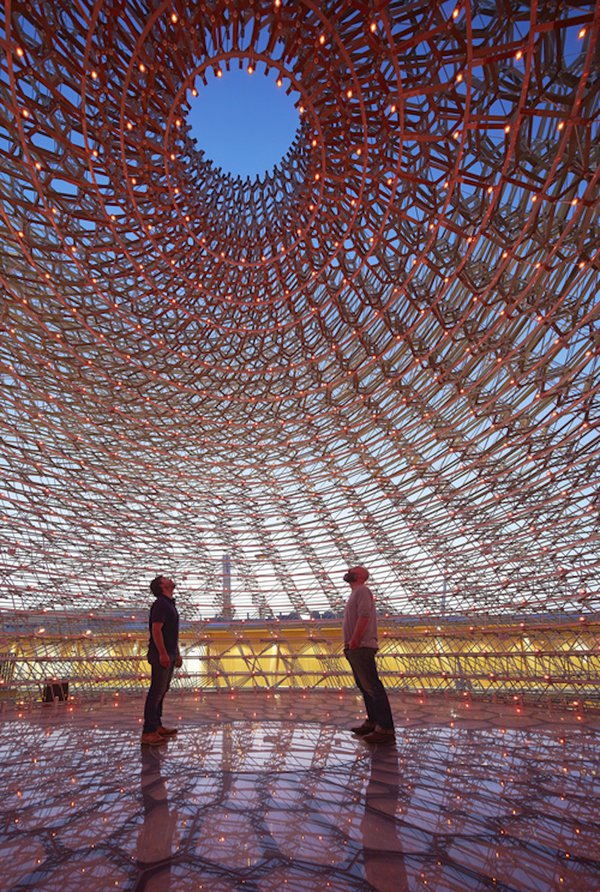 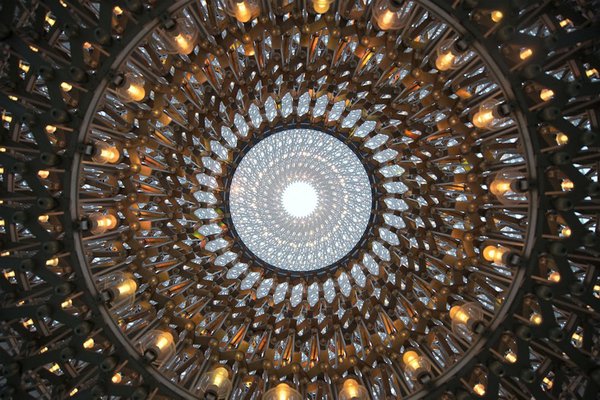 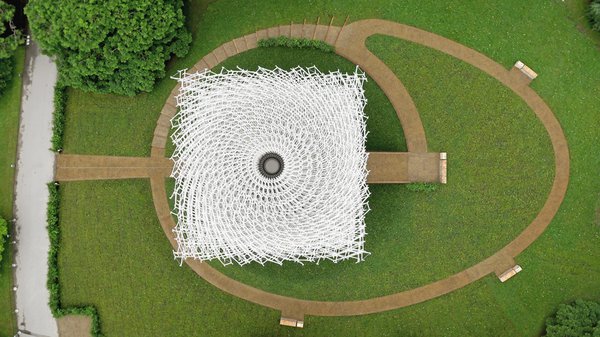