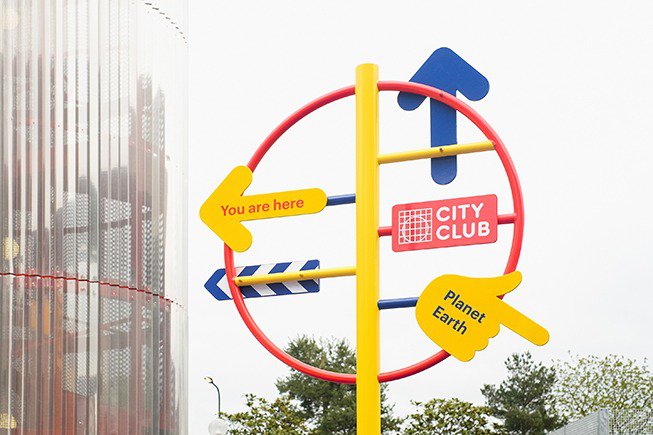 City Club was the name given in the 1970s to a mind-boggling leisure complex planned to occupy a whole block of Central Milton Keynes. Too fantastic to be built, it would have included a wave pool, a rodeo and a souk. Jones and Norman have looked at this scheme as a way to bring forward the extraordinary design history of Milton Keynes into the 21st century. The project looks back at this un-built scheme, borrowed the name and visualised a space for numerous activities. City Club re-imagined for the 21st century takes shape through the combination of art and architecture in the public space.

Norman and Jones have also looked closely at the Infrastructure Pack, which was produced by the Milton Keynes Development Corporation to document the benches, lampposts and play equipment that would feature prominently across the city. Asking the simple question, 'What would happen if the public art of a city swapped places with its infrastructure?', they answer that the city might be remade as a playground.

Starting in 2014 as a proposal for three new public spaces, the project has evolved to become a narrative about art and a city, weaving in and around an expanded MK Gallery to create multiple zones - for performance, for leisure, for play.

City Club was originally offered to MK Gallery as a way to think about celebrating the city's 50th anniversary in 2017. During that year, when the gallery was closed for rebuilding, it became a framework for numerous artists to work within the space of the city. This resulted in new projects and commissions by Caroline Devine, Freee, Andy Holden, Musarc, Julie Myers and Stuart Whipps. This period of the project was documented in the City Club newspaper, a collaboration between Jones, El-khatib and MK Gallery that also became a showcase for the ideas that would launch when the gallery re-opened in 2019. 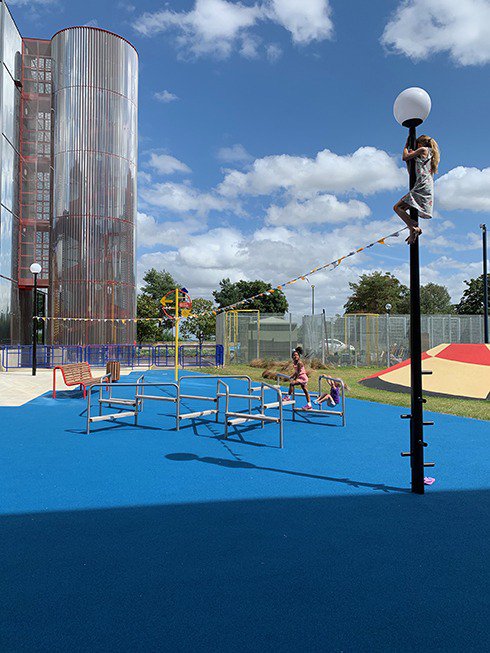 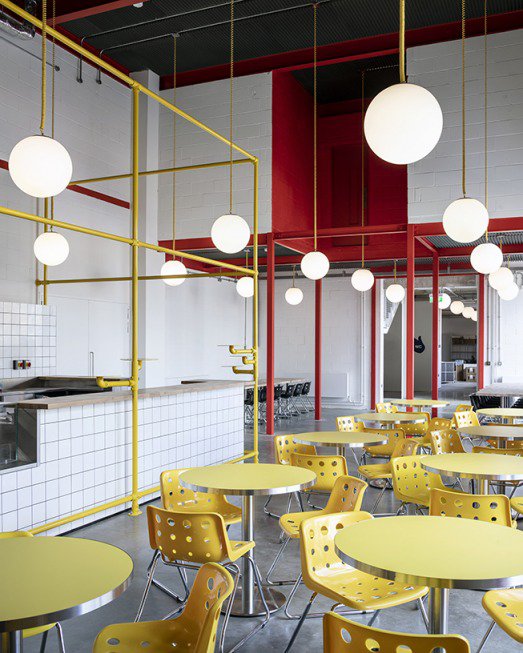 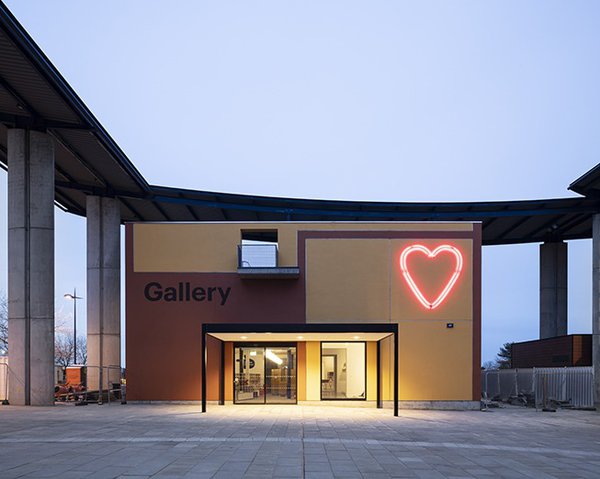 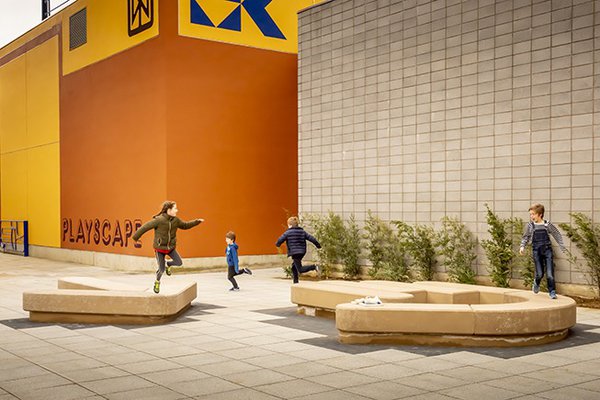