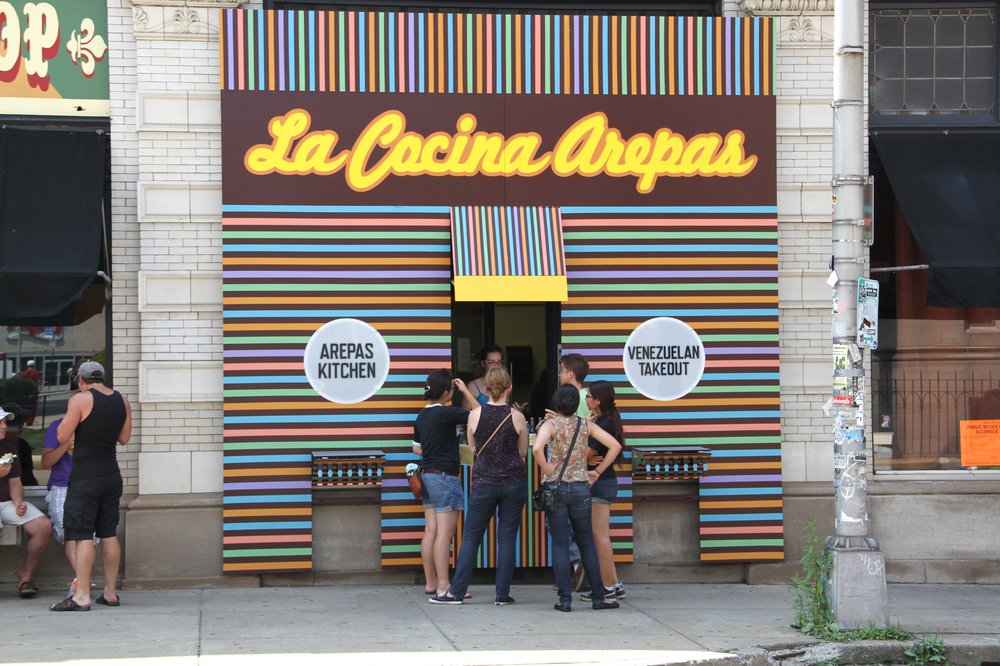 Located in a kiosk within the park surrounding the Carnegie Museums of Pittsburgh, Conflict Kitchen is both a restaurant and a socially engaged public art project that only serves cuisine from countries with which the USA is in conflict. The project, created by Jon Rubin and Dawn Weleski, rotates identities every few months in relation to current geopolitical events and has included North Korea, Cuba, Iran, and Venezuela. The current version of Conflict Kitchen is Afghanistan.

Each Conflict Kitchen iteration is supplemented by events, performances, and discussions that seek to expand the engagement the public has with the culture, politics, and issues at stake within the focus country. The first experiment was with Persian food highlighting Iran and the aim was to create a space “on the street” where the public could gather and debate political questions and be introduced to things they were not familiar with.

The artist team travels to the country of conflict with their chef. On a recent trip to South Korea, they meet with North Korean defectors, gathered interviews and recipes, and cooked within home kitchens.

In addition to serving food, there are several means by which Conflict Kitchen creates a forum for social engagement. Much of the food served through Conflict Kitchen is hand-held street food. The wrapper that surrounds the food item contains quotes from interviews with people from the region and other information to expand the diners’ understanding of not only where the food comes from, but also some insight about a country that is often depersonalized in the political reporting process of network television. Samples of quotes from the Iranian version of Conflict Kitchen include: “Generally speaking, Iranian people have no issues with the Jewish people,” for instance, or: “Most Americans who I have encountered think that Iranians are ugly, aggressive, violent, terrorists, Islamists and uncivilized.”

Another means of social engagement is through Conflict Kitchen’s Wednesday dining experience, where people can join in a discussion and meal with a “human avatar,” a staff member who is connected via live feed to an individual from the current conflict country. As the avatar, the staff member serves as a conduit for the individual half a world away to engage with the individual sitting in front of the avatar.

There are also group Skype meals where, for example, a group can gather in Pittsburgh and in Iran can gather for a collective meal that is only separated by technology.

The work of Conflict Kitchen has continued to expand beyond of the original storefront in East Liberty and the current kiosk in Schenley Plaza. The project is also mobile, hosting events such as The Lunch Hour (in conjunction with Pitt Honors College) where students can come for discussions and food focused on countries in crisis such as Ukraine and Egypt.

Conflict Kitchen has also developed a project called The President’s Speech. The first version was “The Cuban Speech” for which Conflict Kitchen asked over 40 Cubans and Cuban Americans to write part of a speech that they would like President Barack Obama to deliver. An Obama impersonator was then hired to deliver the speech -click here.

Other iterations of Conflict Kitchen included Palestinian and Israeli cuisine. 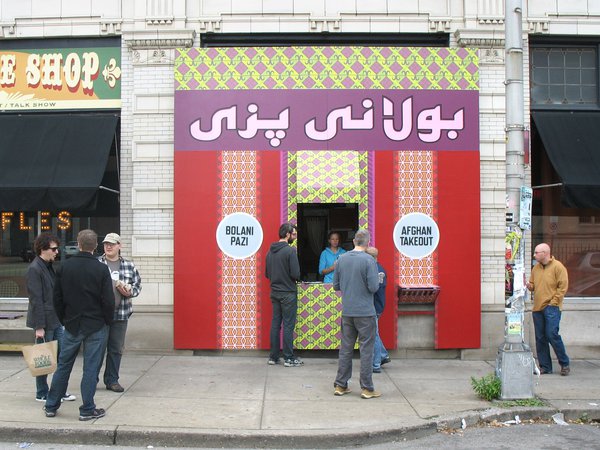