E-Pluribus Unum – The Chapel of Many 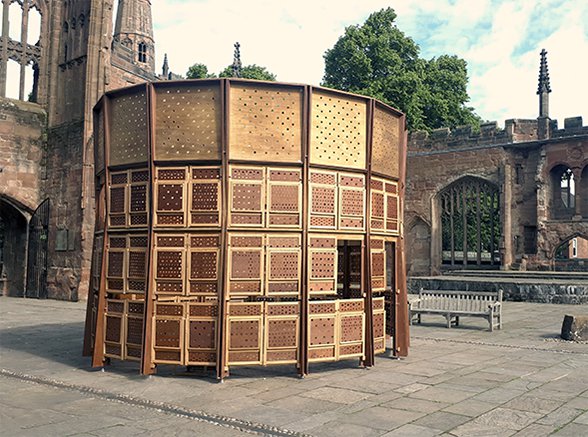 A space of non-denominative gathering, the chapel is conceived as a space of reconciliation. The walls of the Chapel are created of bespoke folding chairs.

The transformative power of physical gathering leads to openness and transparency; the basis of a simple concept, borne of a secular, humanist core. As more chairs are removed, so the space dissolves vertically and becomes a surface organized by the dynamics of the group or groups. As a symbolic, interactive object of reconciliation, the pavilion is a research tool but is also the platform for collaborative practices, community engagements, performance and artful enquiry. The monument becomes an ever-evolving space. The project draws on references, such as the furniture of Chandigarh, as a medium for the proliferation of local design expression, and the case study of the Cave of the Patriarchs, where the chairs, screens, and carpets are tools of transformation and spatial appropriation.

Part funded through the European Union sponsored, Migrant Friendly Cities initiative, and supported by Coventry University, the building of the structure was a collaborative process integrating students and retired experts. The Chapel is a transversal production project, facilitating intergenerational and research-based learning, using both automated and traditional, craft-based, building. All mechanical fixings were developed and produced in conjunction with the engineering department of the university, whilst

the joinery for the 90 bespoke oak and marine ply chairs, developed with local carpenter Tony McCourt. 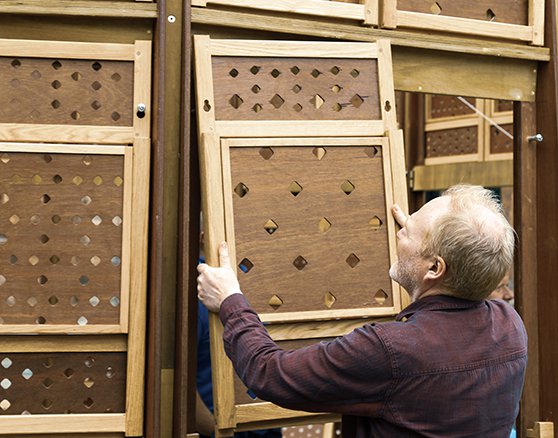 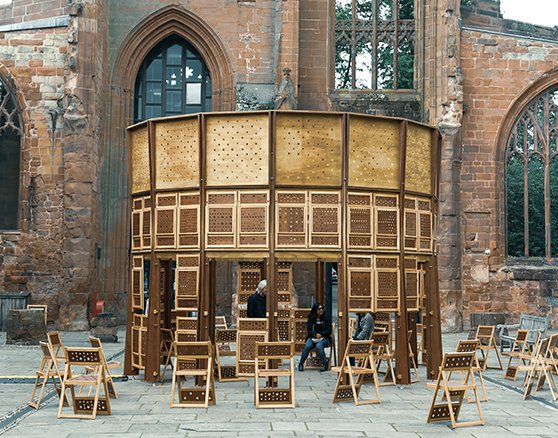 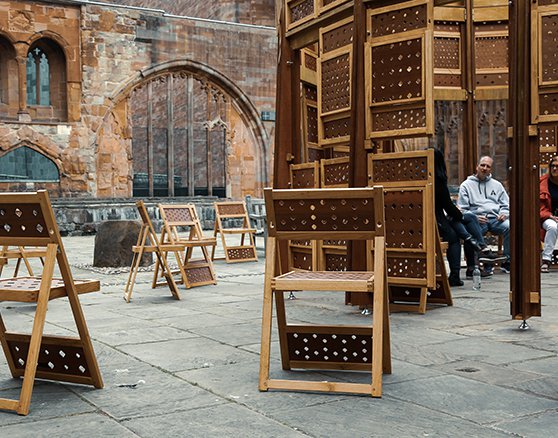 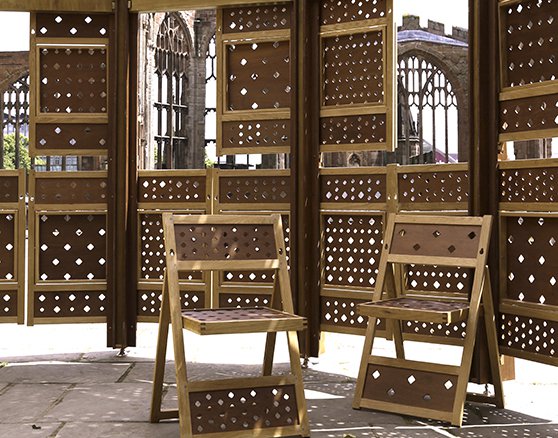 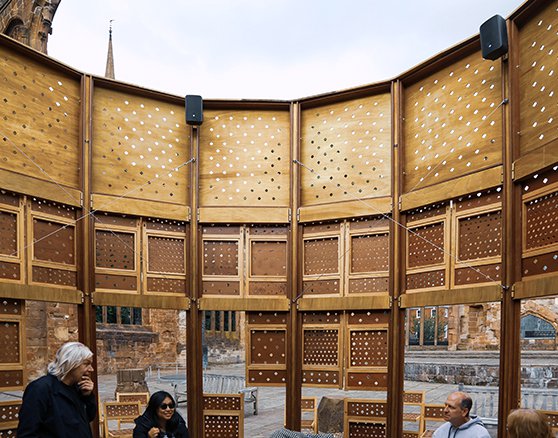 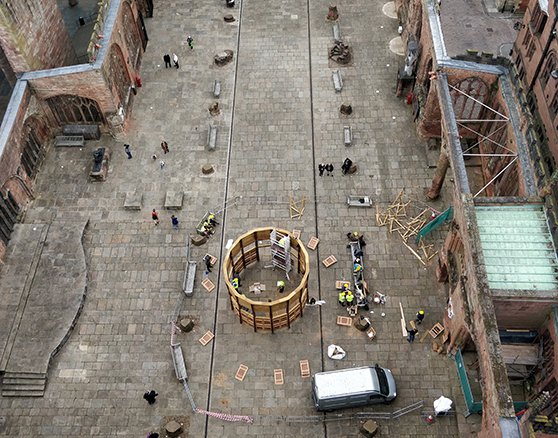