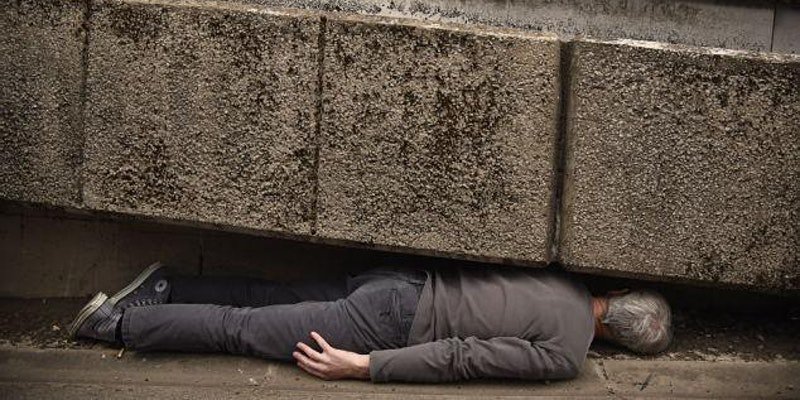 The Sensing the City project, a collaboration between Warwick and Coventry universities and a range of freelance artists, sought to undertake a series of site-specific studies of urban rhythms, atmospheres, textures, practices and patterns of behaviour in the city of Coventry over a three-year period, beginning in April 2017.

Organised around four micro-projects, it aimed to make use of the sensate, performing human body effectively as an in situ data-gathering sensor in the first instance, proceeding to apply technologies of sound/oral recording, photography, dance, performance and film in the second instance to process and document this fieldwork activity. But it also entertained the notion of sensing as a form of intuition about the future – a sixth sense, indeed. The third and final phase of the research programme culminated in an integrated exhibition of artwork entitled “Sensing the City: an Urban Room”, incorporating a catalogue and one-day symposium entitled “Sensing Coventry: an Urban Salon”. Both events took place at the Herbert Museum and Art Gallery, Coventry in January 2020 and were sponsored by Coventry City of Culture Trust. The exhibition’s designation as an ‘urban room’ represented a conscious attempt to strengthen an ongoing public debate in the city about the desirability of establishing such a facility in advance of and during Coventry’s year as UK City of Culture in 2021-22. The exhibition and symposium presented the findings of the project in a form that was, and is, accessible not only to a wide range of academic disciplines – including cultural and human geographies, (landscape) architecture, environmental studies, sociology as well as arts-based ones – but also to a broader public and to professional specialists in fields related to the design and planning of urban futures.

The “Conjunctions” micro-project set out among other things to show how the twin post-war predominance of vehicular traffic and commercial activity has effectively reached a point of exhaustion and entropy in the 21st century. Medium-size cities in the UK struggle to reinvent themselves since citizens no longer see any reason to make use of city centres (particularly for retail purposes). Arguably, the planning of city centres around the needs of car traffic has had its day – in so many ways, but not least in terms of pollution and the health and wellbeing of citizens. In placing the figure of the human being spatially at the centre of its enquiry, “Conjunctions” has touched on many of the most urgent issues facing city centres, pertaining in Coventry to the post-war rebuilding plans for the destroyed city. It consciously stands the current state of mid-20th century modernist designs and utopian thinking in relation to the way they have played out in time some 75 years later and at a point where the scope for rethinking and innovation is timely with a global climate emergency being declared and the city being in a position via its status as UK City of Culture to address questions of cultural infrastructure. 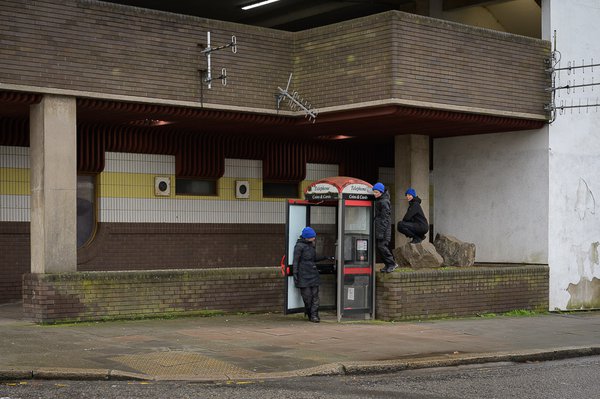 “Moving and Mapping” explored how the creative processes of dance artists, responding to public outdoor sites, can contribute to current approaches to city planning in Coventry. A series of salons and labs have brought together dance artists, town planners, architects and others working within public realm planning. We wanted to work together to model interdisciplinary approaches to city planning, which foregrounds the lived experience of inhabiting a place and recognises the inhabitants as co-creators.

As part of “Moving and Mapping”, the enter & inhabit site-dance collective returned to dance in the underpasses of Coventry ring-road, a practice which they first begun in 2007 and which has continued intermittently since then.

This micro-project also includes the photographic and creative writing outcomes of the enter & inhabit collaboration. These are understood by us as companion art works to the ongoing outdoor movement practice. Postcards, photographs and a handmade book were created as objects for handling and versions were also developed for sharing on the enter & inhabit website. 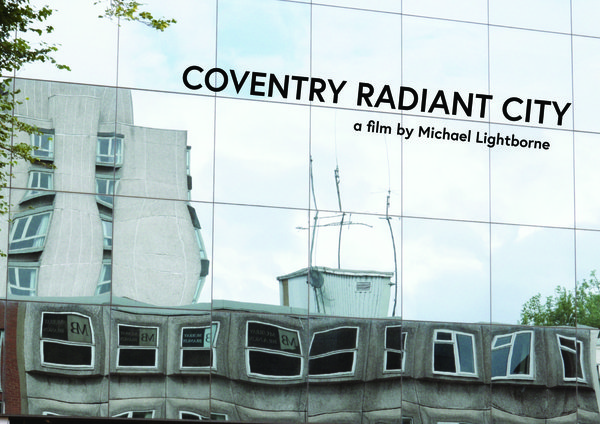 This project developed practices of film-making and sound recording as modes of spatial investigation, analysis and critique, in order to better understand the peculiar urban landscape of the city of Coventry. Over the course of three years of embedded exploration and experimentation, it produced an array of films and sound recordings – a series of audio-visual fragments that make up a malfunctioning 21st century panorama of the city. There were two-screen driving and architecture installations, 4 hour texture videos, helium balloon flown aerial shots, a feature film, and a vinyl LP about the sounds of the concrete and the Ring Road. It moved back and forth between the total and the partial, between the panoramic and the perspectival, the big picture and the detail. As such, it represents an attempt to join the dots and explicate the grand, unexpurgated, inexhaustible puzzle of the city – that interconnected fabric of architecture, economy, technology, culture, nature, and politics – whilst also imaging the incompleteness and fragmentariness of everyday urban experience.

The project embraced the use of the camera and the microphone as sense instruments, as extensions of the human sensing apparatus, in order to investigate, analyse, and map the urban space of Coventry according to its visual aesthetics, intangible atmospheres, psychic force-fields, audible and inaudible soundscapes, moods and tones. Along the way, the project developed a set of principles for a sensate panoramic filmmaking practice. It proposes the notion of the ignorant camera, a variation on Jacques Rancière’s ‘ignorant schoolmaster’, as a conceptual model for the open-minded, non-hierarchical and egalitarian documentary approach adopted during this project.

Find out more about the project here.

Listen to music made by the low-level vibrations pulsing through the megastructure that is the Coventry Ring Road here.

And find out more about the films here. 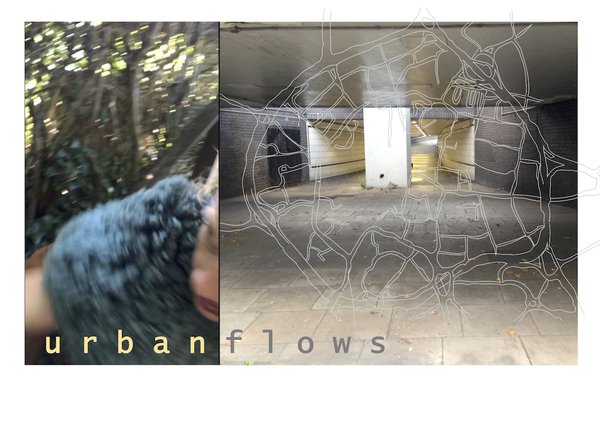 sirenscrossing makes site specific performances in cities. We are interested in how humans and non-humans might perform together, and how the everyday life of the city is already a part of the performance. The “urbanflows” micro-project in Coventry sought to enliven audience awareness of the city as an urbanwild: a place where social, technological, organic, and elemental systems are completely entangled and therefore part of everyday life. The project benefited from pilot research in 2016 and, in 2018, a related live skype performance presented in Daegu, South Korea.

“urbanflows” had two main performance outcomes: the first “urbanflows (you were here)” was in 2017, and the second “urbanflows: entangled in the grain of worlds, becoming” was in 2019 – both presented in association with Coventry Biennial of Contemporary Art. In each case, small groups of audience travelled through a sequence of city locations, both indoors and outdoors, in order to experience the work. In January 2020, as part of the Sensing the City Urban Room at Herbert Gallery, we presented a ‘live document’ performance now referred to as “urbanflows: redux” which was inspired by our 2019 production.