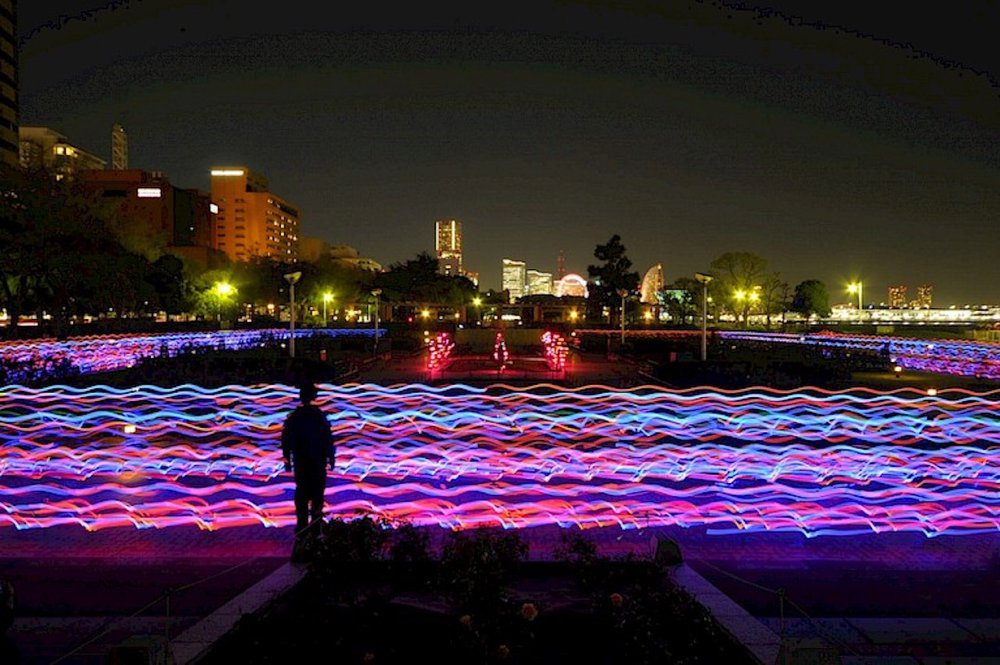 Speed of Light, which features runners and walkers wearing specially designed suits that illuminate the wearers’ movement, was first performed earlier in 2012 at the Edinburgh International Festival. The 2012 Olympic and Paralympic Games in London provided the initial inspiration for this marriage of art, sport, and cutting-edge technology, which gives nonprofessional distance and endurance runners an opportunity to create a mesmerizing visual spectacle.

A team of specialists from the Edinburgh International Science Festival collaborated with NVA’s head designer James Johnson to conduct numerous trials with different light sources, including electroluminescent wire and tape, fiber optic fabric, and diffused and non-diffused LEDs. Their goal was to create a lighting system that could express the movement of running and walking; use the minimum amount of power but give the greatest possible effect; efficiently generate power from movement of the runners and walkers; and be rugged and simple enough for use by a large number of runners and walkers on challenging terrain in all weather.

The specialists designed flickering light sources that could be powered by hand movement alone, which were incorporated into LED light suits containing portable battery packs and remote wireless technologies. Individually controlled from a central system, the suits can instantaneously change color, flash-rate, and luminosity, creating stunning light patterns made by the choreographed actions of massed runners.

For Yokohama’s Speed of Light, NVA creative director Angus Farquhar collaborated with Japanese choreographer Makiko Izu, director of the Tokyo-based performance company Grinder Man, to develop a moving nightscape in Yokohama, a city of 3.67 million, which features historic port architecture, a scenic harbor, and landscaped parks and gardens. Presented over two nights of the Smart Illumination festival, the work, titled “3 Movements,” featured 100 choreographed runners who animated landmark sites in Yokohama, such as Zou-no-hana Terrace, Yamashita Park, and the asymmetrical wooden walkways that extend out into the ocean at the International Ferry Terminal.

Speed of Light is now travelling to new locations worldwide, from sensitive rural environments to the extremes of post-industrial urban settings. Adaptable in location and scale, Speed of Light collaborates with local choreographers and volunteer runners in each country it visits, giving familiar or previously unseen spaces a new geometry and use.wW 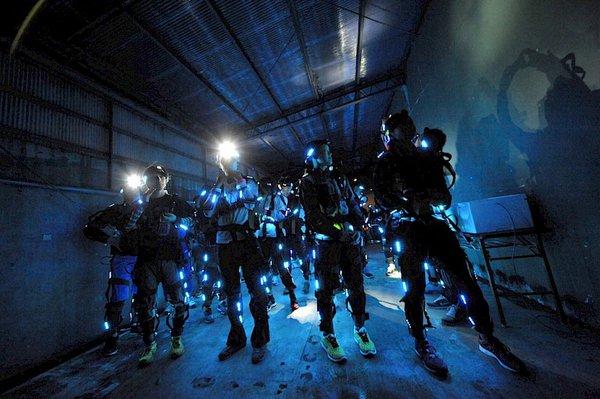 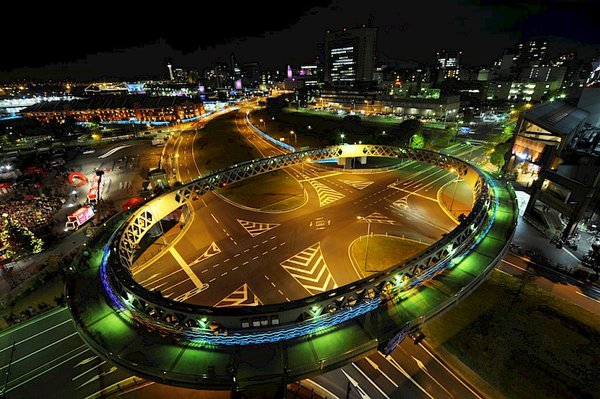