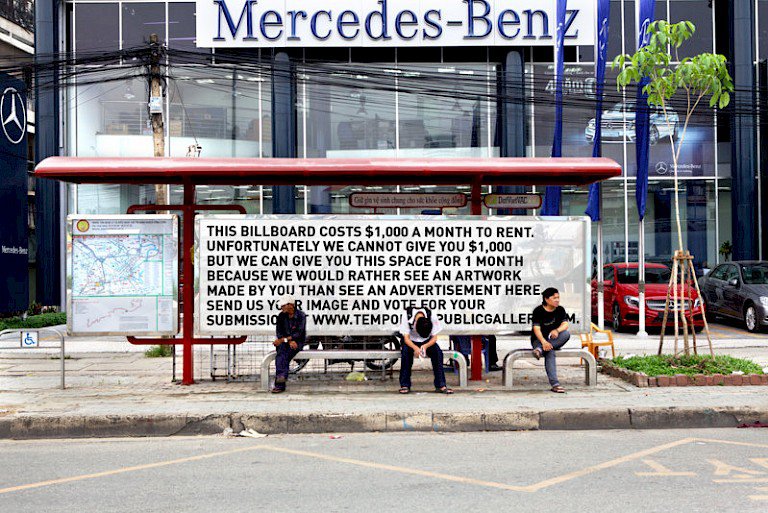 An art collective known for pushing against boundaries, The Propeller Group’s initiative highlighted the framework for and expectations of public art in Vietnam. The Euro-centric understanding of public art does not exist in much of South East Asia. Any public interventions tend to be often very temporary, based on collective activity, social activation and performance. As the collective explain: “Public art in Viet Nam has been limited in the last few decades to marble sculptures in the park and some old propaganda signage attached to various walls throughout different cities. But the landscape has been shifting from having more propaganda to now having more advertising, while public art remains innocuous, inaccessible, and limited by censorship bodies.”

There is an eclecticism and spontaneity to the practice of The Propeller Group, the antithesis of Vietnam’s ordered socialist state. In their role of challenging and provoking the status quo, the collective and the Temporary Public Gallery project exist as a catalyst for a creeping but powerful social change—not only in the visual landscape, but also in how the people use and respond to their city. Funded by a grant from Art Matters, the New York based organisation created to assist artists breaking ground aesthetically and socially, the project hit censorship hurdles and was never realised in its full form.

Established in 2006, The Propeller Group is an art collective and media production company comprised of Phu Nam Thuc Ha, Matt Lucero and Tuan Andrew Nguyen, visual artists from Saigon and Los Angeles. The Propeller Group helps to realise collaborative statements that re-define the social and political understanding of contemporary sub-cultures and popular cultures. Drawn to television, film, video and the web for its ability to make information attractive and desired on a mass scale, The Propeller Group are manipulators of media language and keen to reach a larger audience that takes the presentation of art beyond the world of gallery spaces and museums. Interested in the fuzzy spaces that exist between political ideologies and their economic implementations, the group uses popular culture, cinema, television, advertising, the internet, gallery, museums, writing, interviews and conversations to distribute and disseminate art projects. Their work has not only been shown on mainstream television and international film festivals but also in major museums and galleries abroad. 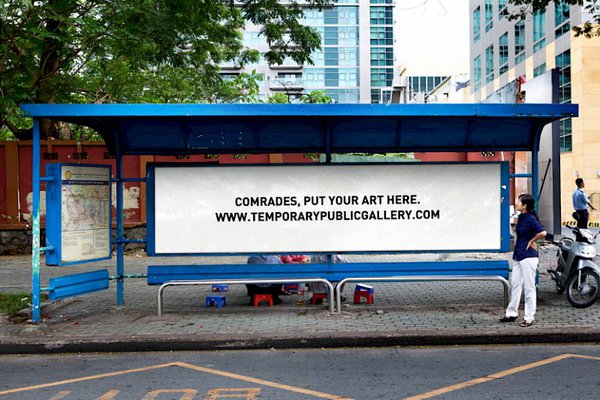 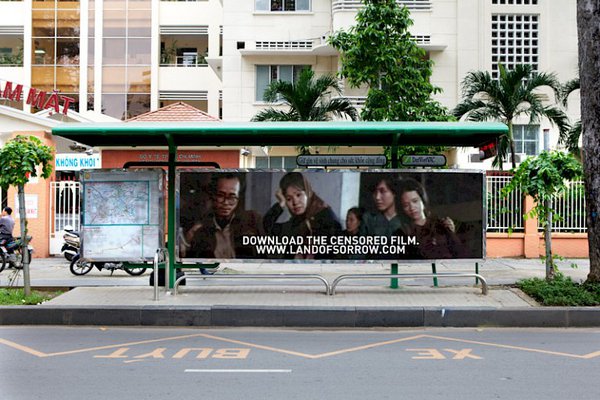