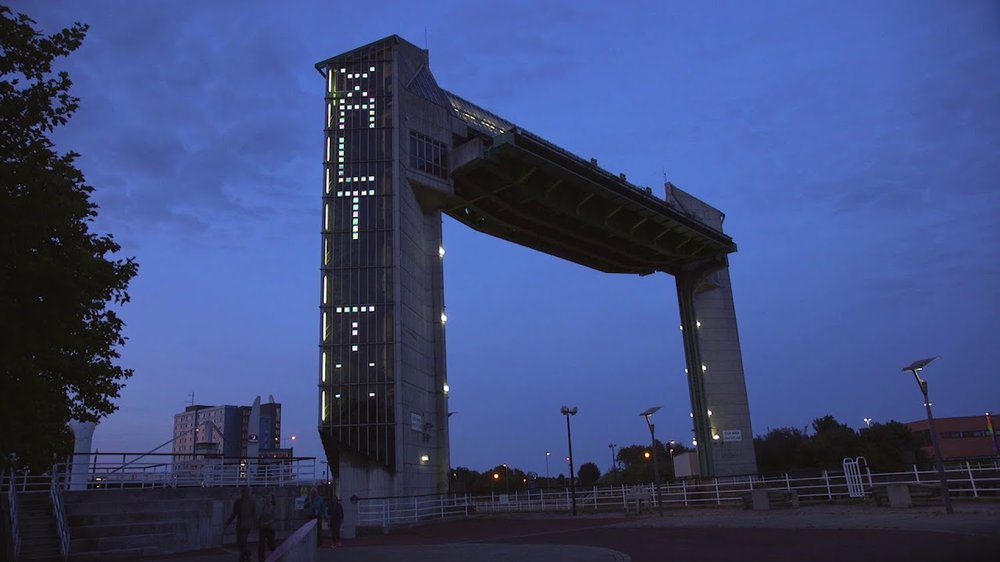 A major new commission for HULL 2017, The City Speaks functioned as a 21st century Speakers’ Corner in which open-air public speaking took on epic proportions as spoken words were translated to text and relayed on one of the towers supporting Hull’s tidal barrier.

A steel lectern located on the quayside of Humber Dock offers a platform for members of the public to broadcast their thoughts and feelings. A hidden microphone captured their words and sent them to a data processing cloud which transcribed the phases into a scrolling dot-matrix text ascending the tidal barrier. The plinth and the tidal barrier perfectly aligned at each end of Humber Street, allowing the speaker to see their own speech being emitted across Hull, not though the digital screens of telephones, tablets and computers, but as an embodiment of the Hull’s architecture itself.

The Hull surge tidal barrier plays a significant role in protecting Hull from flooding, as climate change increases the number of extremely high tides. Since its construction in 1980 it has saved over a 100,000 homes. In many ways this barrier has become the gateway guarding the future of Hull, replacing Beverley Gate where, in 1642, Sir John Hotham refused Charles I entry to the city, an act of defiance widely acknowledged as the spark that ignited the English Civil War.

These principles of resistance and protection were at the core of The City Speaks. The installation gave voice to the diverse range of ideas and opinions expressed by the people of Hull and in doing so celebrated the intellectual and political resilience of the Hullensians.

The City Speaks worked by using state-of-the-art Google speech-to-text technology. Speech is picked up by a microphone inside a plinth on Humber Dock Street, which faced the tidal barrier at the opposite end of Humber Street. In almost in real time, recording were sent to a cloud with “masses of computer power”, then a combination of word recognition and grammar prediction allows words to be projected on to the barrier.

Profanity filters were in place and the technology is so intuitive that it even began to “learn” the Hull accent and dialect. 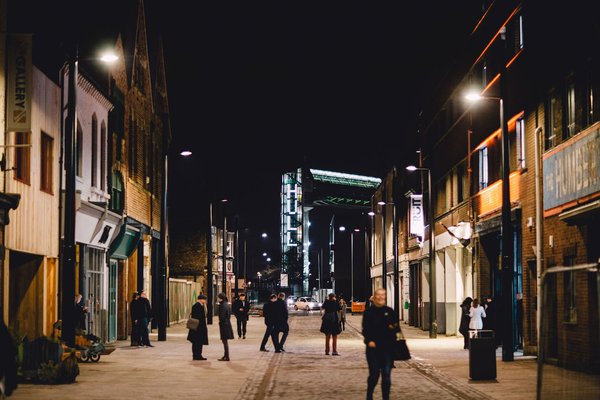 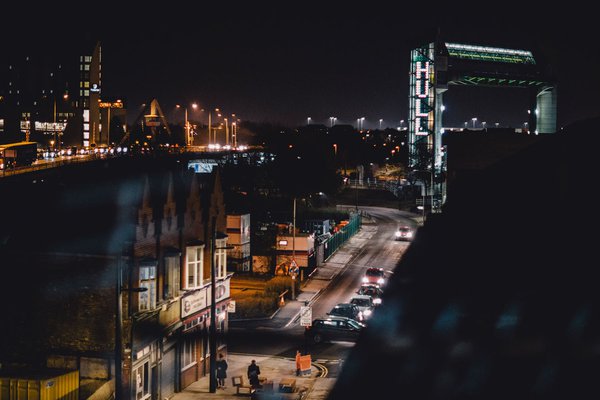 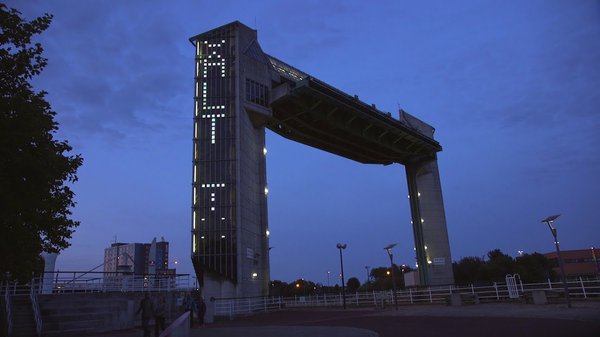 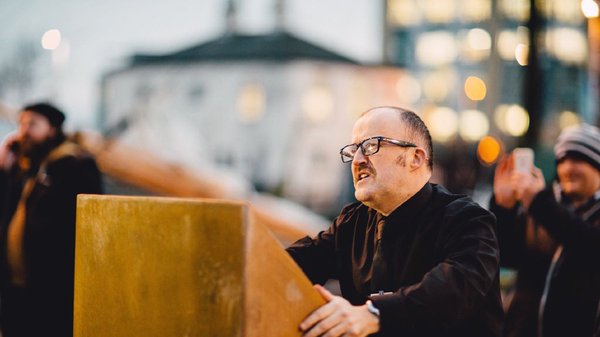