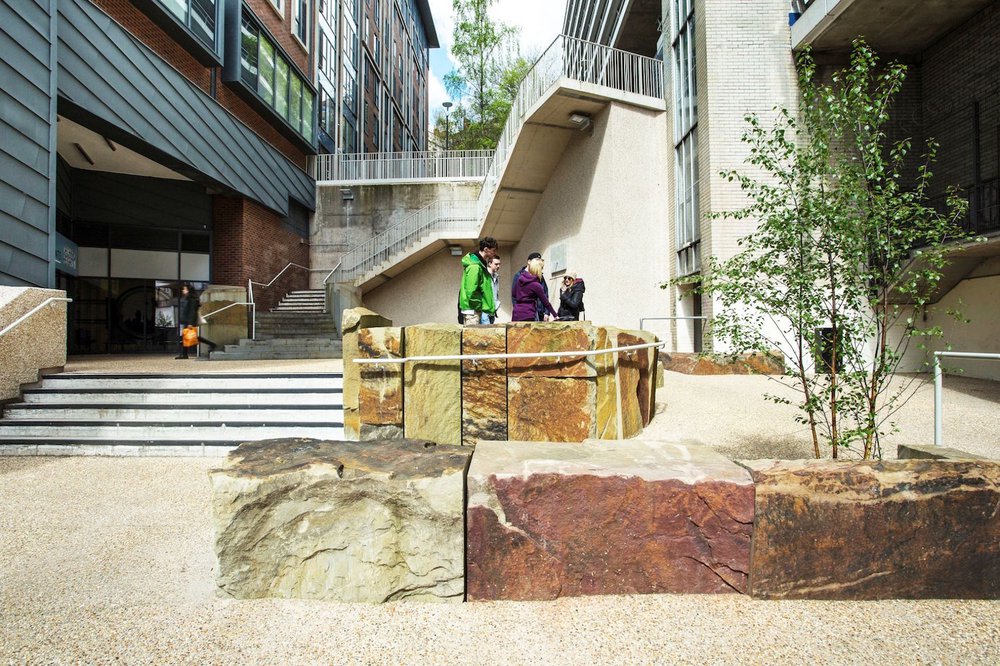 The renovation of the Stoney Street pedestrian public right of way was conceived and designed as a route and a destination social space to articulate through the use of materials the disjuncture between the crust of human occupation above ground and the bedrock beneath.

Natural stone is used to create a landscape of informal seating and to take up the level differences where steps and ramps meet and to ground the main flight of steps from the upper level.

Stoney Street is the primary pedestrian route between the halls of residence and the University Campus and has the inherent drama of a narrow, steeply sloping, south facing site with a pocket of green wilderness in a built up area of the city.

The brief was to reinstate the pedestrian right of way and the scheme was delivered as the public art commission for the Unite student halls of residence development, the project was nurtured through planning by the Bristol City Council Public Art Officer Aldo Rinaldi and the planning case officer Paul Howarth.

The challenge was to deliver a bespoke scheme within a design build contract on a site that was highly constrained by the topography without it becoming an essay in accommodating back of house functions, value engineering or balustrades to protect fall heights. Additional constraints included the need for a crane to access two substations and building regulations to provide large enough areas around fire exits and a compliant step free gradient.

The budget was limited and the design strategy was for an uneven spend to deliver a scheme of pared-back drama using a very limited palette of stone in the form of large raw slabs of Forest of Dean Pennant sandstone, aggregates and plain cast concrete, with simple detailing where one material meets another and in the design of the hand rails and balustrades.

A decision was made to procure locally and the stone was sourced from Barnhill Quarry in the Forest of Dean, Gloucestershire; the closest Pennant sandstone quarry to the site. The detail design was advanced through visits to the quarry to identify the most cost effective and technically viable way to maximize the drama of using very large stone blocks with the oxidised red outer crust contrasting with the blue/grey cut faces.

The route from Trenchard Street up to the Unite building is designed as a single, primary step free route, so access is the gorgeous norm. The steps to the upper level are designed to minimize the undercroft and give the pedestrian a clear view from the top down to their destination at the bottom and so improve safety and perceptions of safety.  The scheme makes informal places to socialise both for the student residents, the passer by and for the hopeful autograph hunters who loiter on Trenchard Street outside the 02 venue. 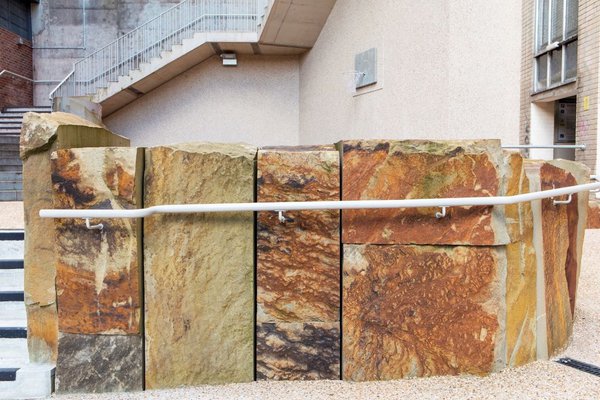 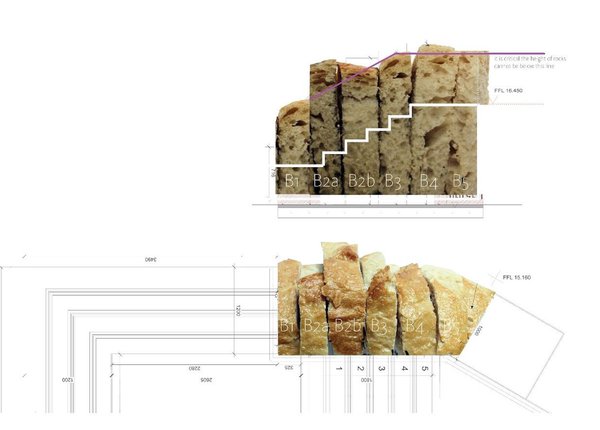 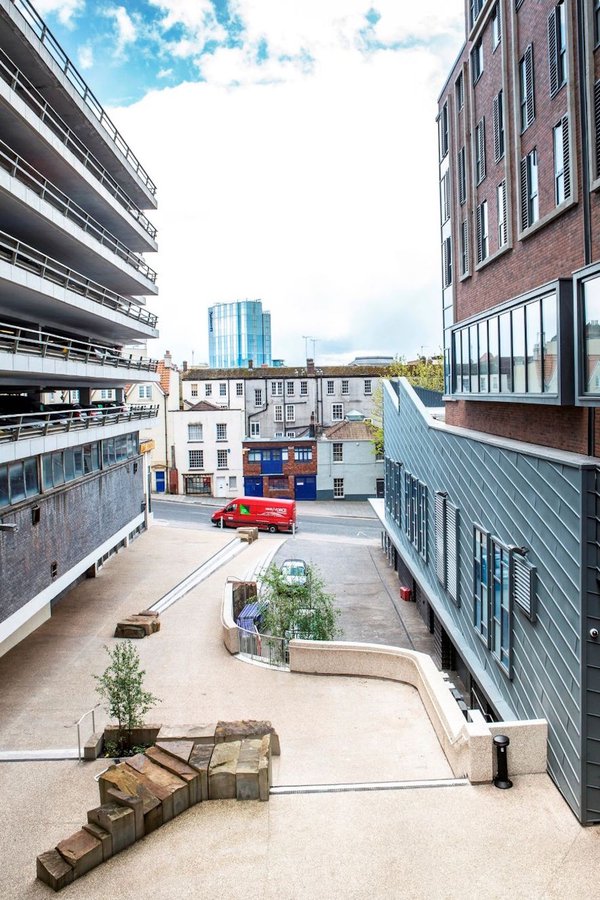 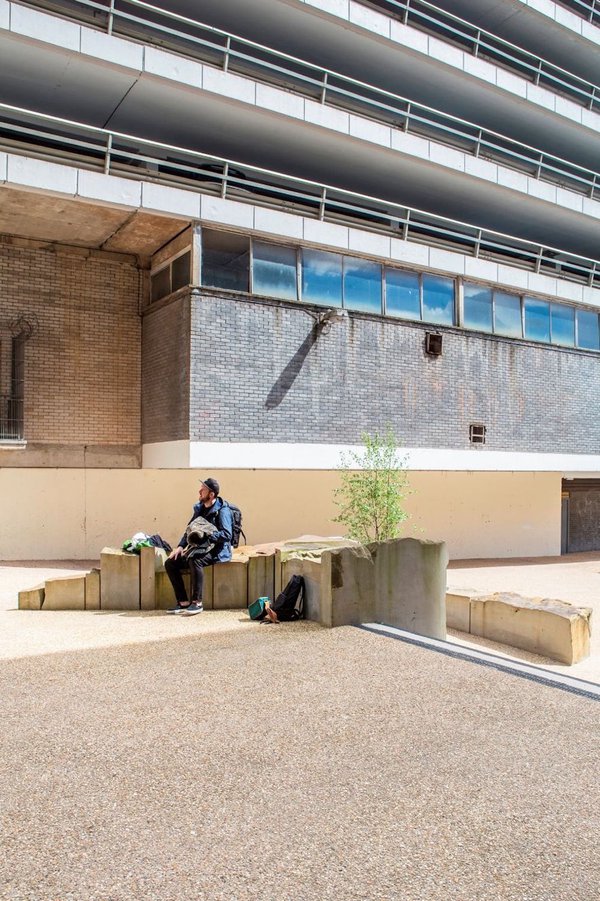 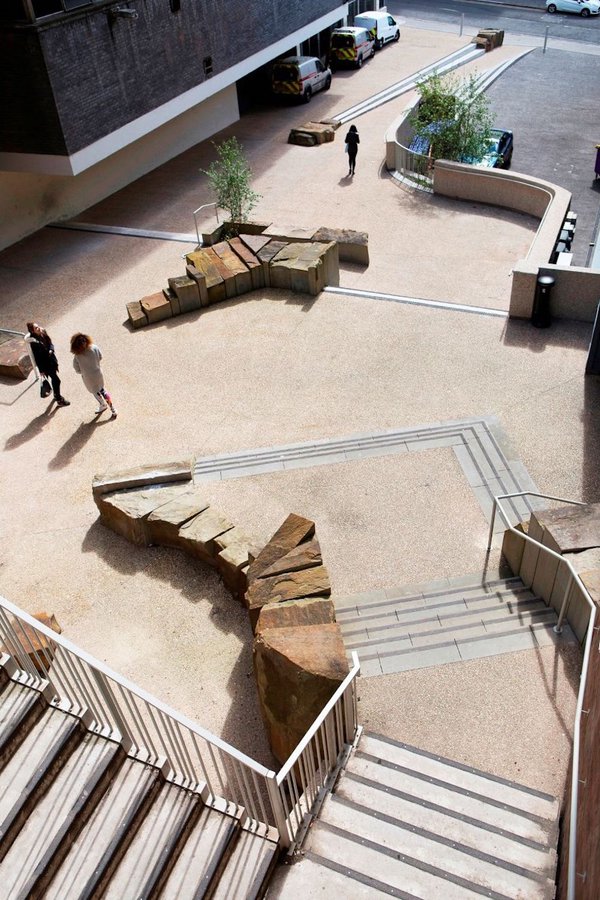 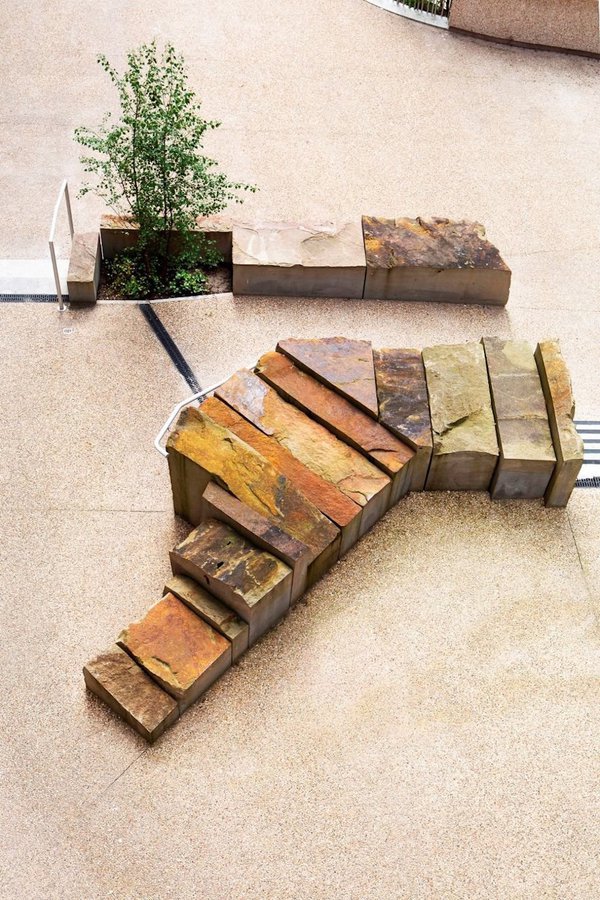