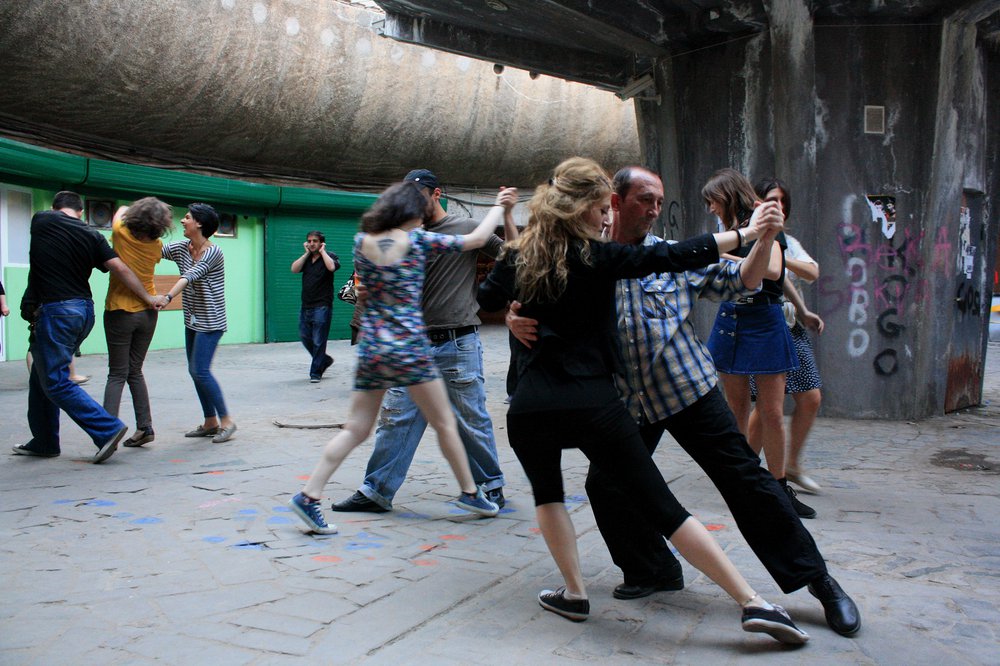 The exhibition project Undergo.The Parallels took place in 2012, in Tbilisi pedestrian underground passages, involving 29 artists and collectives included emergent local ones. For 70 years Tbilisi, the capital of Georgia, had been part of the Soviet Union, that built the underground passages. Nowadays these undergrounds are still under development, in some of them new “organized” commercial infrastructures are built beside the unofficial ones, others are under the danger of collision and have lost their practical function, becoming a place for garbage or public toilets.

The first aim of the project was that of reducing the social gap and encouraging the meeting between different social groups with the middle-class, who didn’t use the passages, in order to activate a cultural and educational process that could lead to a less alienated and suppressed underground human existence. The passages had been created following the ideology of the 60s and the 70s, when roads belong to vehicles and humans should give away to them and go underground. In a way, they had been originally designed for saving life’s people, but the understanding of public space in Soviet times was that of controlled and ideologically connotated spaces. At the time, nobody challenged the “truth” of the State, as like as nowadays. Therefore, some of these underground passages developed their own parallel life and several unofficial selling or sleeping points were set.

The project connected the underground to the overground as a symbolic passage between human and non-human dimension. The Red carpet by Natalia Nebieridze, installed to made people go up and down in front of the Opera house, encouraged “normal” people to walk on the red carpet, which is usually destined to actors and protagonists of the History. The bread and roses posters by Alicja Rogalska, installed in the undergroung of the historically significant Rose Revolution square, addressed the women action in the site created by the Soviet State rituals and its macho forms of representation, that still nowadays affect the lack of real feminist discourses in Georgia. The Studio Bazar collective built Passage X, a passageway in the main underground passage, that allowed a broader public knowledge about the undeegrounds’ construction, by organizing an archive settled in a pleasant and inviting space.

The project had different impact levels on different kinds of audience: on general audience, who experienced a different understanding of contemporary art languages; on social cohesion, with the establishment of relationships with the “tenants” of the spaces, like shop sellers or owners, unsheltered persons “living” in undergrounds and random passersby, who provided logistics as well as food and drinks for artists at work; and on local cultural authorities, that after the exhibition project cleaned, renovated and secured the Tbilisi’s underground passages through surveillance cameras, although there was not official governmental attention paid to the event, and after that people were not afraid to use undergrounds anymore. The project had also a positive effect on the artistic community in Tbilisi and Georgia, and a growing number of cultural activities in public space took place, like Batumi Backyard Stories in Batumi, Guberski-Art in a Locked Space in Kutaisi, and Chiatura. Time machine in Chiatura.

The topic of the Soviet heritage is very familiar to most of the post-socialist countries. A rapid change of system and adaptation to new capitalist rules happened without having the possibility to analyze it, and most of the population didn’t have knowledge of the potential consequences. For that reason the issues that the project addresses are very actual in local and global terms.

The project had also a positive effect on the artistic community in Tbilisi and Georgia, and a growing number of cultural activities in public space took place, like Batumi Backyard Stories in Batumi, Guberski-Art in a Locked Space in Kutaisi, and Chiatura. Time machine in Chiatura.Within the frame of the European project SPACES, on the occasion of Undergo.The Parallels have been produced site-specific works for the passageways touching on many socio-political issues, by activating an unconventional way to perceive and engage with art and redefining the function and the feeling about the Tbilisi undergrounds, since the Tbilisi and Georgian audience is usually not used to art in public space and participatory art. After the collapse of the Soviet Union the underground passages were completely abandoned and became dangerous places of muggings and robbery. As a result, citizens entered them less and less, rather choosing to cross streets loaded with traffic, which led to a significant death toll. Later, these undergrounds became places where alternative, unofficial selling points arose. Some of these underground passageways developed their own life, parallel to “normal” city life in the open air. Today in some of the underground passages new “organized” commercial infrastructures are built, some of them are under the danger of collision, also there appeared some passages which regardless of their necessity, has lost their practical function, and became place for garbage, or turned into public toilets. 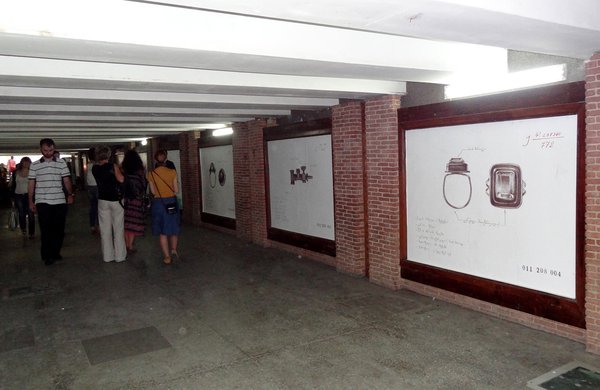 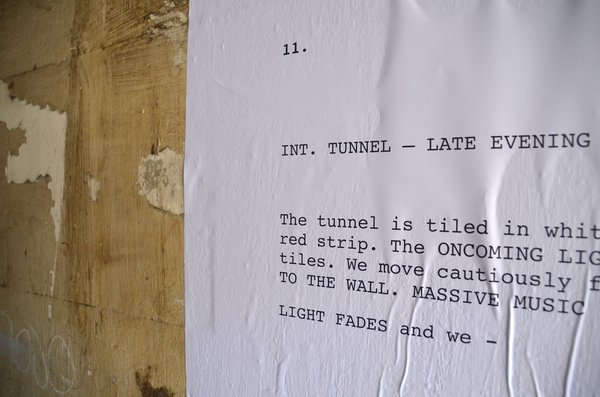