Free Tank: The Retrospective View of the Pathway 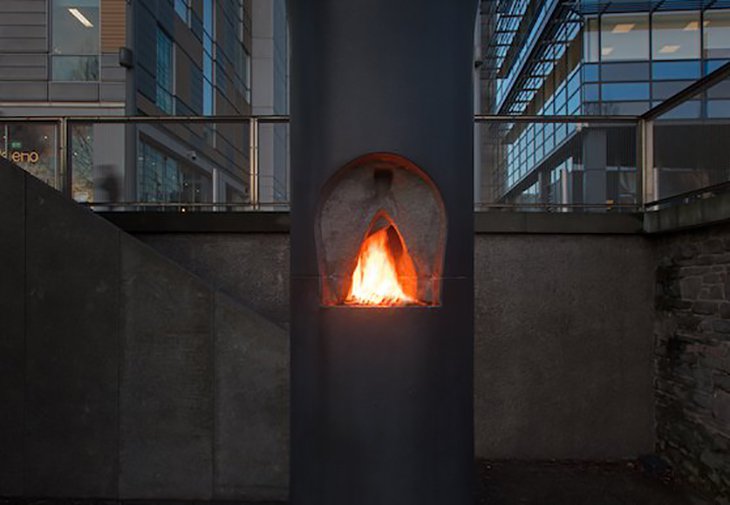 Free tank: The retrospective view of the pathway is a permanent public artwork created by renowned British artist Roger Hiorns as the final element of the Temple Quay waterfront master-plan.

The artwork was developed over a four-year period, and comprises an open-air architectural space designed in collaboration with Stirling Prize winning architects Witherford Watson Mann, which is the setting for a pair of monolithic granite sculptures. Together these elements form a new urban space in the heart of Bristol’s Historic Floating Harbour. Free Tank is the artist's largest permanent public art work in the UK.

Hiorns’ artwork is situated in Glass Wharf, an area that was up to the 17th Century home to Bristol’s glass industry. The artwork occupies a space marked by an historic land feature called the ‘Free Tank’, an ancient ‘right of way’ or path through the many glass furnaces that previously populated the site. Free Tank permitted the public ‘free’ access to water from the river or ‘tank’, from which its name is derived. During its lifetime this route was walled to form an alleyway, however over time its use waned and by the early nineties all that remained was a square space in the banks of the Floating Harbour marked by a single pennant stonewall.

In the early 2000’s Glass Wharf became the focus of large-scale development as part of a master plan for the waterfront and in 2012 Roger Hiorns was invited to develop a proposal for the redundant Free Tank. Roger’s concept focused on the reinstatement of the public’s access to the water and a redesign of the Free Tank space. This would involve the insertion of a new staircase and a thick stone floor, which would be the setting for a pair of sculptures. These large forms or ‘furnaces’ would rise above the walls of the tank with a central cavity, which would permit the setting of fires within them.

In developing the project the artist worked closely with the project curator Aldo Rinaldi, and the scheme architects Stephen Witherford and Arthur Smart of Witherford Watson Mann. The design of the space is characterised by the use of a variety of different concrete casting techniques including pre-cast, shuttered and poured, all of which contain specially selected aggregates including Cornish and black basalt.

Glass Wharf is situated in the Temple Quay masterplan, a mixed use scheme situated on Bristol’s floating harbour located close to Temple Meads Station, Bristol’s main railway hub. The development comprises a number of blocks including offices and residential buildings, a new bridge, hotel and conference suite. Behind the waterfront are a number of new residential blocks.

The public art commission makes a distinctive contribution to the development of the area, reinforcing Temple Quay as a key destination within the city centre. The level of ambition of this project demonstrates the developer Castlemore's commitment to art patronage for the arts. 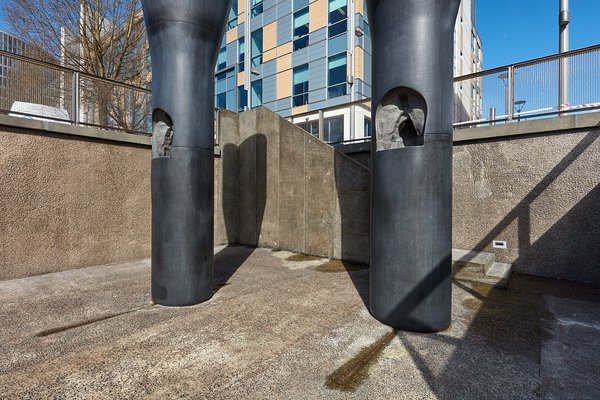 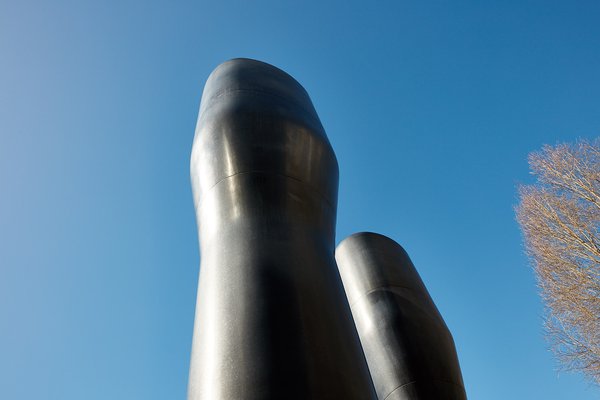 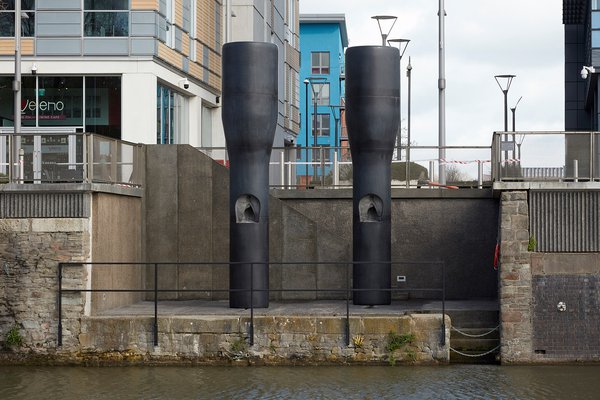 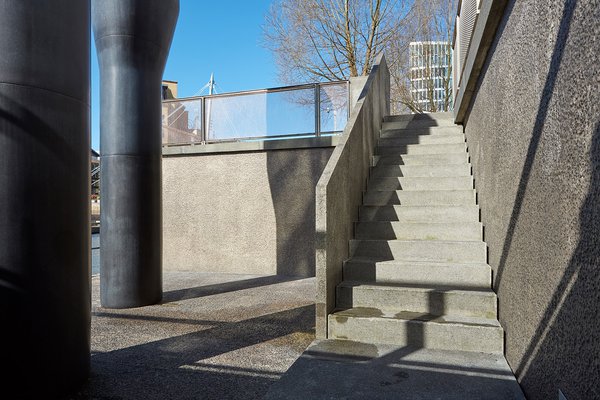